Skip to content
0
(0)
At the beginning of November, news circulated about the destruction of hundreds of public transportations being replaced by our Trans Bus by the Mayor of Bogor. This is the result of a joint agreement from the Bogor City Government to minimize congestion and air pollution in the city. Bima recounted posting a video when he was reviewing the destruction of the green angkot that was flooded with blasphemy. Even some netizens call himself very cruel. The Indonesian people, the netizens, when they see the post, they only see the video, it’s not finished, after that the comments, the captions don’t read. Seeing the van being damaged, they say it’s outrageous, cruel,” said Bima. Bima once again explained that the destroyed angkot was no longer roadworthy. While those that are still roadworthy will be replaced with black plates. “So I give an explanation once again to netizens who are watching live,” said Bima in a high tone. Then what happens to the angkot drivers who take turns every hour when the angkot is discontinued? how do they find money for the fulfillment of the needs of their families and children? In their hearts, the angkot drivers said that in this way they objected to what way to earn money, for the sake of their children and wives several years ago they competed with online motorcycle taxis and now in 2021, public transportation will be abolished. Bima also explained the fate of the angkot drivers who were affected by the conversion program. “This has also been planned from the start. All converted angkot drivers will be recruited to become drivers at BISKITA Trans Pakuan. However, there will be a training and selection process. There is a B1 driver’s license requirement, there is an age requirement and there is an education requirement,” So for those who are uneducated, they are ordered to pursue a package in order to get a B1 SIM in order to fulfill the requirements. In their hearts, angkot drivers are dizzy and ask questions for sure, thinking about the future, especially those who are old. “Yes, this way, it might reduce air pollution in the city and reduce congestion.” However, officials also have to look again at the fate of the lower classes, is there any leniency for the aged? there should be a life guarantee for the elderly and their families if they cannot follow these requirements so that people feel prosperous equally for the sake of their lives and their families. 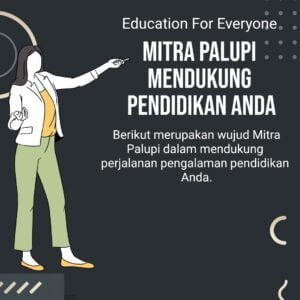